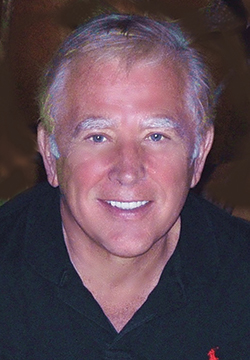 I grew up believing in the American Dream. And early on, part of the dream was that there would be an event---I imagined toward the end of my life---when I could say thank you, publicly, to the people who have dreamt the dream with me.

This is that event.

I graduated from high school in 1959, but I didn't start college until 1962. I started across the river at what was then called Clark Junior College. Deanna agreed to take a job to help put me through college and my mom agreed to baby-sit Tim for us. I got a job bussing dishes at the Quay Restaurant and later checking groceries at a supermarket. I began as a pre-law major, but in my sophomore year I decided to switch to math. I wasn't prepared for it. I had forgotten my high school algebra and trig, and I had to spend my sophomore year taking those courses over again.

After I was accepted to Lewis & Clark, I made an appointment to talk with the math department chair, Elvy Fredrickson. That was in June of 1964. I asked Elvy if she would let me squeeze four years of math into my junior and senior years at Lewis & Clark. To imagine her thoughts, you have to remember that I had not even taken a course in freshman calculus.

I didn't then know what Elvy was thinking. I only knew what she said and what she did. She went to a bookshelf in her office in the old math building, scanned the titles, took down a calculus text, handed it to me, and said, “Study this book during the summer. The week before classes start in the fall, I will give you a test. If you pass, I will let you take your sophomore and junior mathematics courses concurrently. By the time you reach your senior year, you will be on track.”

I wish Elvy were here tonight so that I could thank her.

I would say, “Do you remember that transfer student who came to talk to you in 1964, married with a family, working full time, wanting to be a math major in his junior year without having had a course in freshman calculus? Well, thanks to you, dear Professor Fredrickson---dear Elvy---that student went on to earn a doctorate in mathematics and ultimately to write a calculus book that is now in its 6th edition and is being used at Lewis & Clark and in thousands of other schools in the United States and around the world.”

All because a teacher and a college believed in the American Dream.

And by the way, if anyone ever tells you that students don't read their calculus texts, you can tell them that you know of at least one student who did.

Here is a section taken from the calculus book I read.

The section below, introducing the derivative, had 3 examples and 22 exercises. 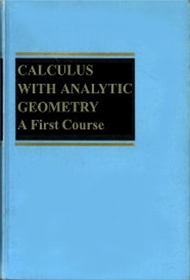 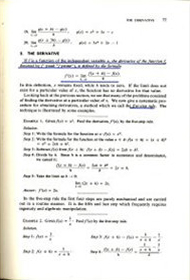 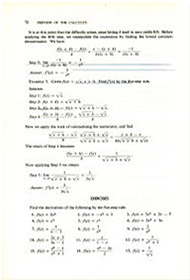 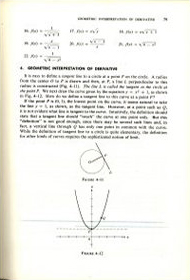